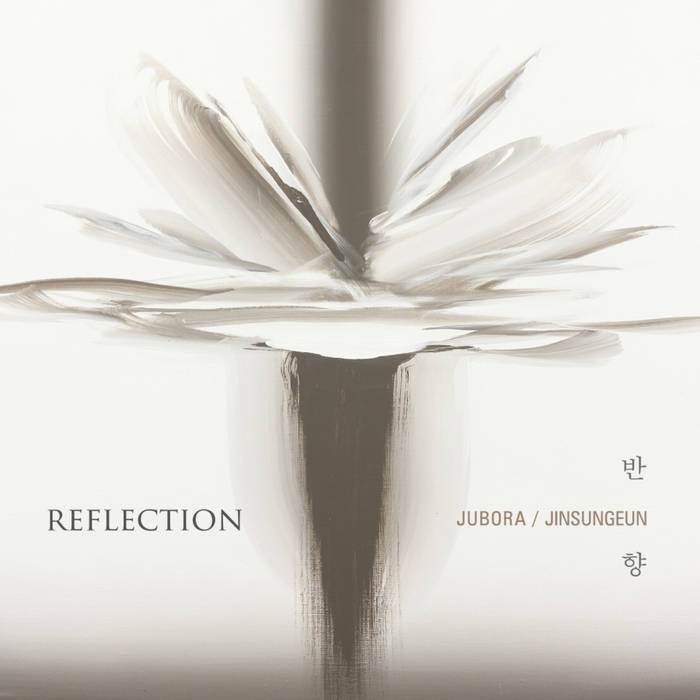 The album contains six tracks. The music is derived from a poetic piece ‘Moon Song’ written by Bora Ju, a gayageum artist. It's a story about happenings following a moonrise. When you listen to the music, you might feel like watching a short film about moonlight. It could be on the earth, above the sky or even under the water.

On their title track ‘Reflection’, you can enjoy the captivating and mesmerizing sound through the harmony of gayageum and handpans. Another song is the ‘Moon Song’ which is about welcoming the goddess of the moon, ‘Eclipse’ an oriental style gypsy dance, a handpan solo with the title ‘Halo of the Moon’, and an electronic version ‘Reflection Hybridbeat Remix’

You can also watch the music video on YouTube.
youtu.be/Fmc39_jkc3Y


-All songs composed and played by Bora Ju and SungEun Jin, except track 1(written and composed by Ju) and track 4 (Jin’s solo improvisation).
-All song recorded, mixed, and mastered by the musician and sound Engineer HoJung Kang who also participated as a remix artist on track 6.
-The cover artwork is painted by David Choong Lee who currently lives and works in San Francisco, California. (www.davidchoonglee.com)
-Design by Minsun Gong @Openstudio (www.soseam.com)
-Photo by Yzin @Yzin Studio (www.facebook.com/yzinstudio)
-Music video by Ingi Nam who is the coolest guy in the world :)

Bora Ju is a gayageum artist and singer-songwriter living in South Korea. She studied under some of the most celebrated Korean traditional musicians and masters of gayageum and is considered as one of the most quintessentially trained traditional gayageum performers. Now, she is creating her own music world as a soloist, composing new songs and collaborating with many other genres of arts.

SungEun Jin is a handpan artist. He started his musical career as a drummer, but he has huge interests in many other percussions. A few years ago, one of his friends introduced him to handpans and the discovering this instrument would totally change the direction of his life. Now he is recognized by the Handpan Magazine as the first handpan artist in Asia and is sharing his music not only in Asia but also around the world.


Gayageum is a Korean traditional zither which has twelve silk strings, and made of paulownia and chestnut tree. The original gayageum was invented by king Gasil in Gaya confederacy(one of Korean ancient countries) around the 6th century. It has been varied in many forms as court-music, folk-music, 18 stringed, 25 stringed gayageum etc. The instrument used in this album is a modernized one which has 25 strings.

Handpan is a resonant steel instrument played by hand in the lap, designed to engage the body and mind of the player in a new way, marrying rhythm, melody, and harmony in a single flow. Rich in timbre and very expressive and often with no “wrong” notes to play, handpans are made for free improvisation and meditative exploration. There as many styles of play as there are players. (from www.pantheonsteel.com) The instruments used in this album are made by Bells and Halo.

Bandcamp Daily  your guide to the world of Bandcamp

Featuring appearances from Kari Faux, Bluestaeb and and interview with NY-bred artist Wiki